You would think I would really want this card

You would be wrong.

This is one of the stupidest "collectible" items I have ever seen, and I have seen plenty of idiotic things businesses have dreamed up to separate fools from their money: 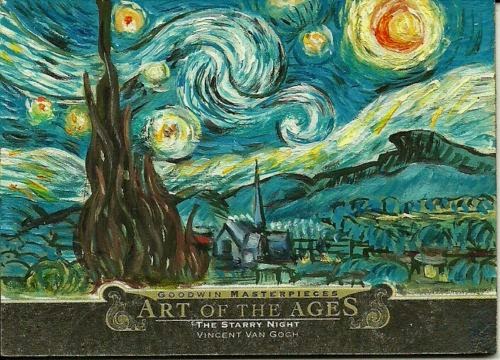 I saw this on another blog and I have to comment on this. I've kind of been waiting for the "card" of Van Gogh's Cafe Terrace at Night, which came out in 2013, to appear to write about this topic.

I use Cafe@Night as my avatar over there to your right. So I would love to have the 1/1 Goodwin Champions card of it, right? Hell no.

These items somewhat make me laugh, as I have always had somewhat of an admiration for "artists" who can get money from stupid people, like Marilyn Manson or Thomas Kinkade. But I would never ever spend a dime on such manufactured artifice.

These Art of the Ages cards from Upper Deck are even worse. They are not reproductions of an original masterpiece of art. They are "new versions," freshly painted by some recent poor young art school graduate.

But of course …. they are 1 of 1s. So, basically, they are 100% ego gratification products, and are the ultimate example of how silly the card collecting world has become.

I totally can not understand why anyone would spend a cent on one of these. For far less than this "card" will eventually sell for - I expect it will go in the low four figures, yep more than One Thousand Dollars - you could buy a very nice reproduction of the original painting, have it professionally framed very elegantly, and hang it on the wall in your living room for everyone to enjoy.

Or you could spend a truly crazy, as in mentally ill, more amount of money and buy an imitation of an art masterpiece that is only THREE POINT FIVE INCHES BY TWO POINT FIVE INCHES in size. And then you could keep it safely tucked away in your choice of hard plastic shells in some box or drawer somewhere, so your heart of darkness can draw satisfaction from the fact that you own such a stupid item, and absolutely no one else in the world does.

And what would someone do with such an item? Put it on the mantle and squint at it from across the room? Would they pull it out on special occasions and show it to people? On that latter one, probably not, because any rational person would just laugh at such ridiculousness, I would hope (and thus this post).

I mean think about this in terms of music, and record collectors. Say a record label hired some talented enough wedding reception band to re-record "Stairway to Heaven" and they managed to do it well enough to be pleasantly listenable at least. Then the record label pressed exactly one copy of this onto a 45. And only one forever through all eternity. Absolutely no one would want to own such a thing.

But in the world of card collecting, someone somewhere is getting ready to spend more than One Thousand Dollars to do exactly that. It boggles my mind.

One of the most memorable experiences of my life was visiting the Van Gogh Museum in Amsterdam. I liked it so much I returned the next day for another couple hours. On a nice slow weekday in late winter, I could stand in front of this one for 15 minutes at a time: 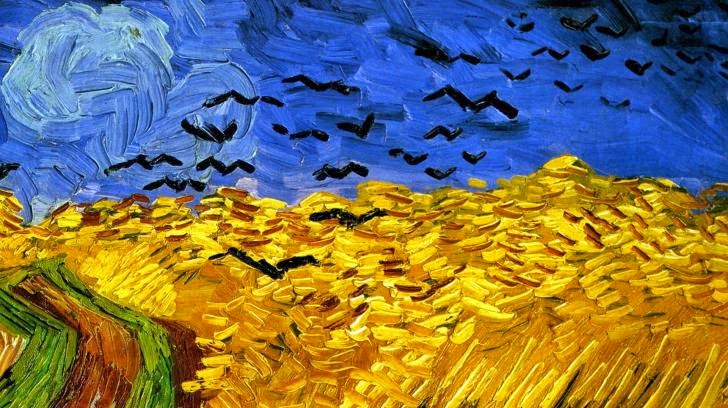 It gave me chills. It is intense and vibrant in person. In three dimensional real life. Part of that flows from knowing Van Gogh's biography fairly well, and knowing at what point in that biography he painted this one.

I spent more than One Thousand Dollars on that experience, though it was just one of many reasons I visited Amsterdam, where one of my best friends in the entire world lives.

But I will never forget it. Somehow I expect whoever purchases the 1/1 Goodwin Champions Art of the Ages version of Starry Night has never been to the Museum of Modern Art in New York City to see that painting in person. I haven't yet, though I very much look forward to a trip to do that some day. But I really doubt anyone who would enjoy original paintings in person would ever spend that much money for a tiny knock-off version of a masterpiece, though I could be wrong.

The world is a strange and completely surreal place, full of a people I do not understand.
Posted by BaseSetCalling at 12:22 AM
Email ThisBlogThis!Share to TwitterShare to FacebookShare to Pinterest
Labels: Van Gogh