Following a player because of their Baseball Card

I have a new player on my cuz-of-the-card horizon: 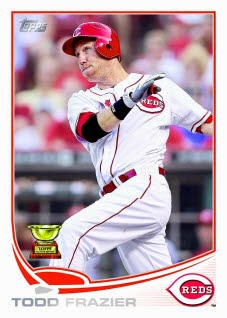 I liked this card a lot last year. I always set aside the Topps All-Star Rookies anyway. But I always like cards with this iconic batting pose, probably because of this: 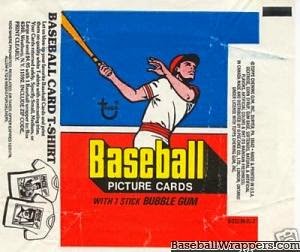 There are other cards which are a tighter simulacrum of that wrapper, but the Frazier card reminded me of it anyway, and that is a good thing. (I have made no progress on discovering any remnant history or examples of the 'Baseball Card T-Shirt' I always wish I would have ordered way back in '77). 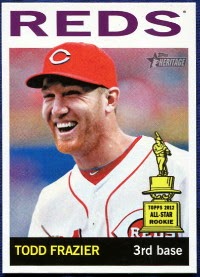 Obviously Frazier is liked at Topps HQ as well, being on their All-Star team and all. His 2012 card was enjoyable enough, though I'm not much of a Brandon Phillips fan: 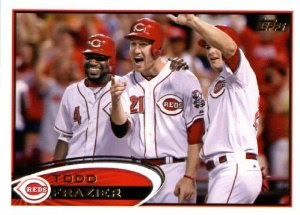 And his Rookie Card was, well better than some and a good example of the wonderful 2011 set style, but not that high on my whatever-happened-to list: 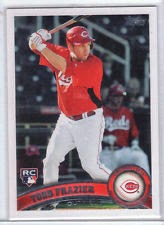 Though I like all of these cards, why would I want to follow the career of an almost completely average  (though with some power) National League infielder?

Shouldn't I be more interested in this marquee player on the Cincinnati Reds? 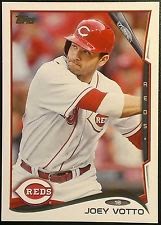 Yes, sure, I like Joey Votto, he is an amazing player. I felt bad for a friend of mine who is a die-hard Reds fan when Votto headed off to the DL recently.

But when it comes to players on teams playing in leagues I don't have all the time I wish I had to follow, I lean on my baseball cards to pique interest in particular players. 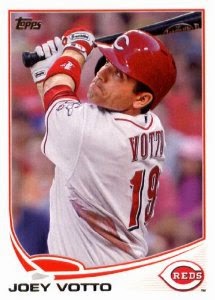 Let's not work too hard on those worthless base cards now, Topps, be sure and save up for those gaudy hits cards everyone wants. But those two cards just aren't getting me very interested in taking the extra 60 seconds to read the Cincinnati box score when I can.

And even all those nifty Todd Frazier cards shown above haven't done that (I'm still on the hunt for his 2013 'Out of Bounds' Series 1 short-print). Nor has his heart-warming connections to honorary Cincinnati Reds ball-boy Teddy Kremmer. No, what tipped the scales for me to keep an extra eye on the middle of that box score was a brand new card I pulled the other day.

Last year I suggested that every set should have one of these cards (though I have no plans to see what ever happens to Kevin Frandsen) i.e., an on-deck circle shot. I like those. I like light-towers. I like clouds on a card. I love seeing the third deck on a card. I like the cool sox. A card that would be right at home in any number of vintage sets, and positively screams BASEBALL: 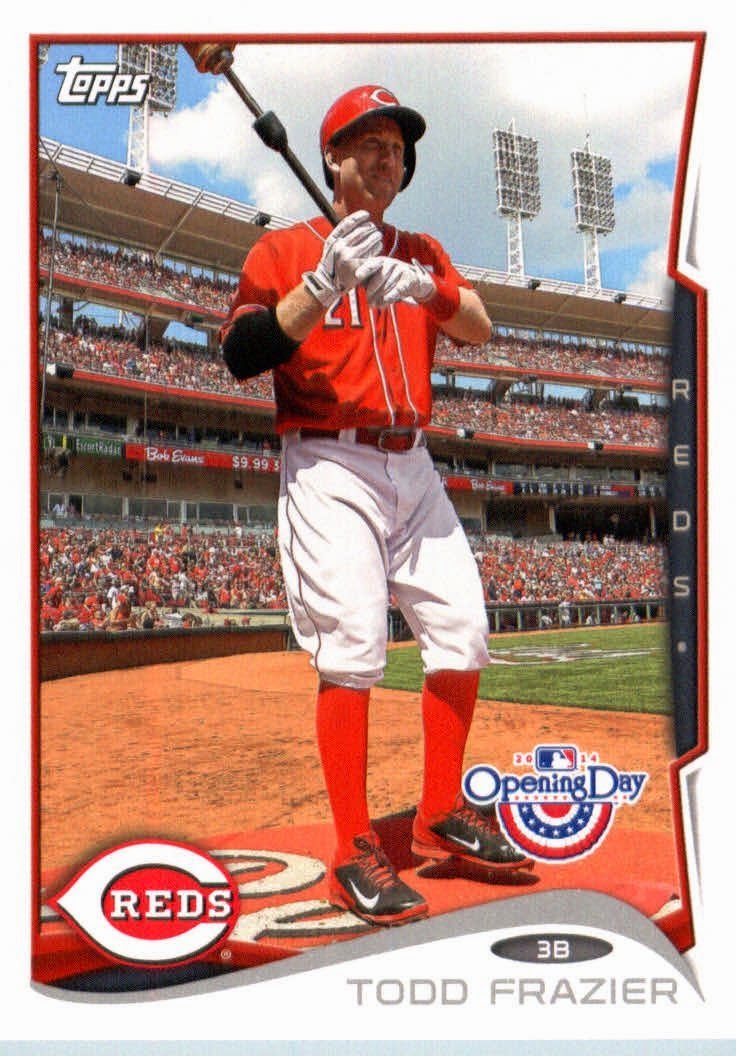