Hello, just a single card tonight. I wanted to post something while I tried to make a little progress on the card desk. As if.

Instead I blew all my available time wandering through stacks from the repack factory, again.

Oh well. I'll figure out how to collect these baseball cards yet.

I did find this card for you: 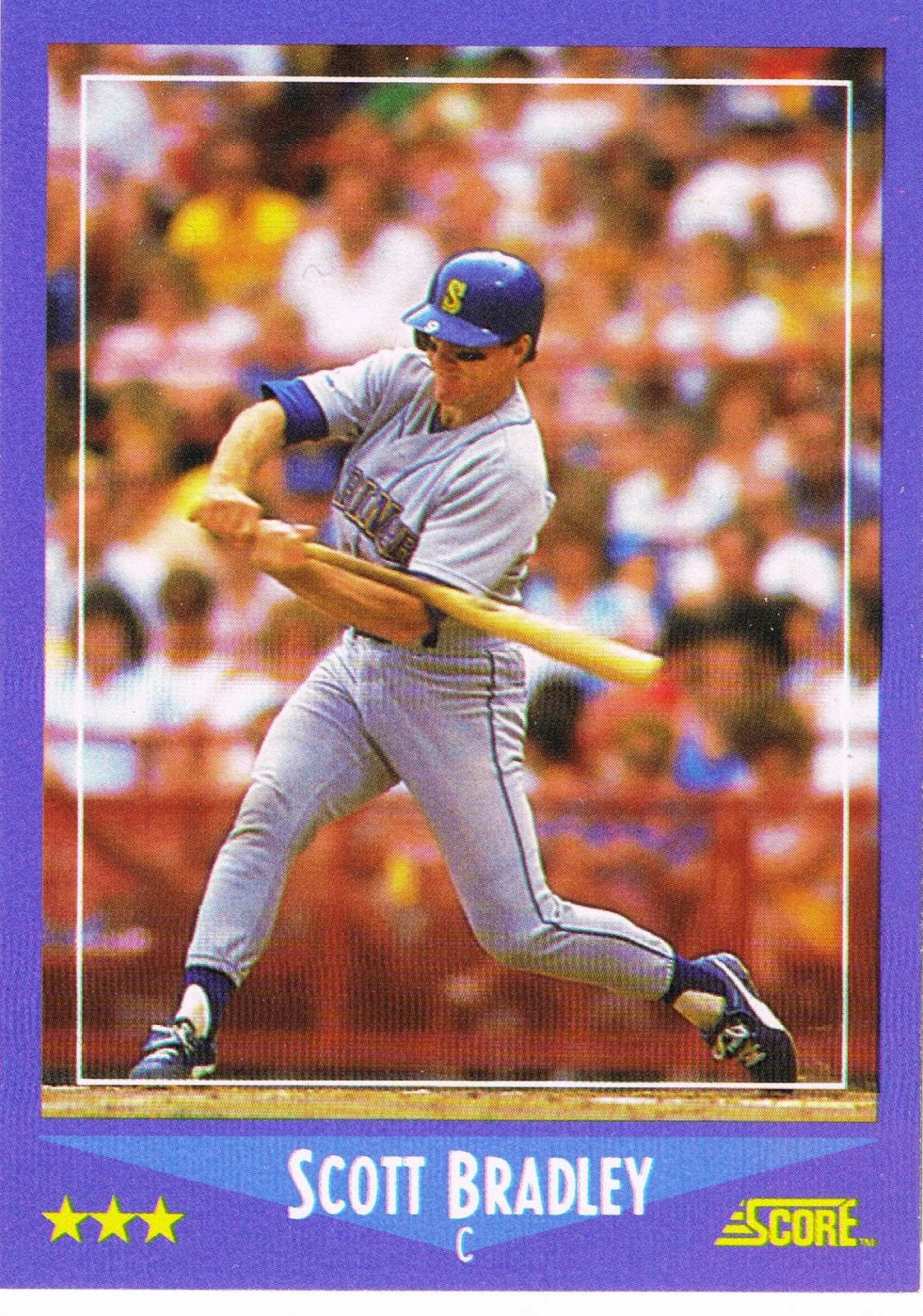 Usually on baseball cards, you get some idea of how to play the game. I'm pretty sure, though, that this approach to hitting just ain't gonna work. Perhaps this is because I probably couldn't hit a Wiffle Ball thrown by a 5 year old while batting left-handed, but I don't think so.

And after finding this card, I'll be on the look-out for this one.

I have to wonder if any of Scott Bradley's players have ever seen this card and asked him about trying to hit a baseball like this. He is now the long-time Manager at Princeton, as in the University, not some dusty low A-ball town somewhere.

The back of the card informs me that Bradley was "a pesky hitter who rarely strikes out," and was coming off a nice season hitting .278 for the Mariners in 1987, his second year truly Up, in The Show, even though he was a Rated Rookie in '85 Donruss. He went on to a respectable playing career and his official Position on Baseball Reference includes Pinch Hitter, listed after Catcher.

So he knew how to hit. I'm just not sure Score knew how to select good photos of baseball players.
Posted by BaseSetCalling at 11:56 PM
Email ThisBlogThis!Share to TwitterShare to FacebookShare to Pinterest
Labels: How Not To Do It