Great idea circulating in the blogs today ... post from Your Archives. 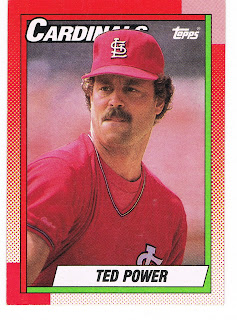 Was probably gonna post this one eventually anyway. You'll see...

...meanwhile, we have Archives to explore: 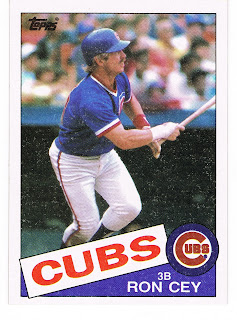 I know, I know, just not quite right there. At least there is a lot of blue and red involved. For some reason, the only other '85 card I could find featured the man on the other corner of the diamond from The Penguin, but we has wearing the wrong uni too, and that one was mustard and brown. These had to have come out of a couple packs and I will find the poor commons eventually, probably tomorrow. Like '90, I didn't collect in '85, though it is a great design that would have been much better paired with '80 than '90. Great lines in the design, great lines on this card.

These weren't "inserts" back in the day: 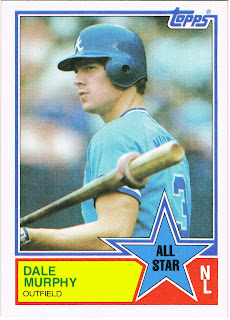 It's very important to look tough on a donut card.

I hope somewhere in the 50some new hockey stick cards, there is an autograph as good as this one: 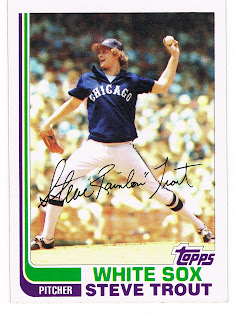 Such a pity he never played for the Astros. He did eventually accomplish a rare feat in the 20th Century - he won a playoff game for the following card's team: 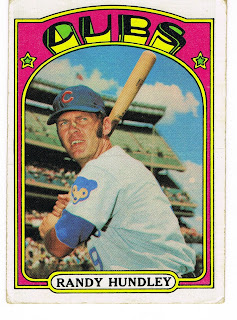 I didn't have a lot of '72s to pick from, as I am a child of '75 and all '72s had to have come from older kids who were busy neglecting their card collections. I actually need another copy of this card - both a Cloud Card (lurking clouds no less) and a Shoulder Patch. Maybe I'll just find another example of that great old Cubbie patch.

I love the '72 cards and those are the main reason I bought any Archives at all this year. I'm working up a 2 blaster highlight & trade post, just not done with the scans yet.

And I never thought I would type this phrase "getting back to that 1990 Topps card..." - I mean really, who selected 1990? Sooo mental. But if you understood that, you knew the reference of the title of this post. If you don't know where the title of this post comes from, that's cuz I'm on the way to being an old fart, and you're not (yet).


They say memory is the second thing to go, and I forgot the first. I do know a key sign of aging is when you try and use a classic movie line, and your audience hasn't seen the movie. So I'm always amazed when I trot out a line from Spinal Tap, and it lands like a Stonehenge stage prop. Which is always a drag, because then my story about one of the greatest pure straight-face lines I ever heard - "Spinal Tap, yeah, that band had it rough" - doesn't make any sense.

Anyhow, getting back to that 1990 Topps card, it would have to be in the running for the Reddest Card of All Time, wouldn't you think? Sorry Cincinnati fans, though he played for you twice. Not a totally bad result, as far as 1990 Topps goes; the white for the lettering saves it from a worse fate. But something about that card never seemed quite right to me....so I fixed it: 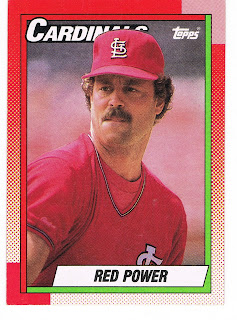