Sensory overload tonight. I went to a Baseball Card Store! Oh, sure there were some other sport cards in there (not many), and some baseballs and other baseball Americana, as they call it (even less). And the customer in the shop at my arrival had just delivered a miniature replica of the "Bird Nest" stadium from the Beijing Olympics that lit up, as a gift for the owner. Oh, the things you see every day...

I've been to 6 other Friendly Local Card Shops this year. One wasn't even actually friendly. This one is probably the MVP of the group. I am looking forward to doing little reviews of all of them, when I run out of cards to blab about.

But that might take a while. Because.... I bought a bunch of Baseball Cards! Some thoughts: 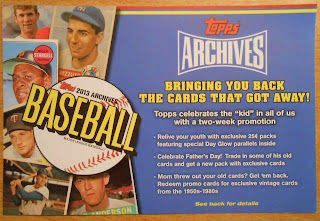 Yeah, I only got 4 of those packs. I really respect that the owner of the store is very carefully spreading them across his whole customer base. Reading comments on internet-only-card-dealing-punks forums that ran like "yeah, I only got 70 of those packs. I sold all the Day-Glos on the damn eBay and made a tidy profit, after those eBay pricks took their vampire cut" made me wonder once again if I'd rather just participate in this hobby all by myself, without even ever knowing about all the esoteric eye candy out there.

But, I only got 4 of those packs, and 2 of the goodies. Topps dangles the carrot in front of my nose, and I keep trudging forward trying to reach it. And I wonder why they call them "Master Sets."

Moving on somewhat...the Blue Sparkle parallels are ridiculous. Hypnotic crack from the Master. I only received one from Series One, I think a kindly FLCS took pity on me if I recall correctly, and I was very fortunate to trade it for the Blue Sparkle of my very first PC I've ever dreamed up. I think I traded card #221 for #220 with Colbey in SC; he got one of his PC players. Neither of those cards really showed me the potential of that parallel. Four new ones from Series 2 have.

Yep, four "Week 2" packs. Four Blue Sparkles. No Silver Slates. Boo-hoo. Really. I'll have to actually buy one. I've never liked buying a baseball card. I don't know why that is. I like ripping and trading, but not card shopping.

I'm glad there is no wrapper redemption for Series 2. This way I can open all my new packs a lot more leisurely for the next few weeks, and absorb the cards the way I like. But that is why I got my Series 1 wrappers mailed in just a few days too late.

But I wish there was a wrapper redemption for Series 2. That way I could get more crack by just giving more money to the Master, and his retail agents. I'd probably end up overnighting my wrappers in with hourly tracking and required signatures at the receiving end, the way the Bowman kids do it. And then complain all the way to the bank with the results.

In other ga-ga news, I'm falling for 2009 O-Pee-Chee. Why can't baseball card Base Sets be like this one? 600 pieces of real cardboard. I had thought to avoid opening the book on any years prior to 2011 that I didn't already have a partial set from. So much for that idea. I still kick myself for passing over 2 discounted blasters of the stuff at a K•Mart back in February. Fortunately, I found one today, at a K•Mart I hadn't pillaged yet this year. I just like using the option-8 bullet I think•

Even better, I got 216 of those pieces of cardboard in a single box. Of course, at my new favorite Baseball Card Store. Too bad I bought the last one they had. I like how it says "Hobby" right on it. Yep, a hobby. Not a pseudo-business that every customer almost has to participate in. Just a nice relaxing hobby. I'll probably repeat all this blubbery when I go nuts scanning some of the delights in that box. They're better than whipped cream.

I don't know yet if I got what I really want out of today's O-Pee-Chee purchases. I'll just savor opening them for quite a while yet. What is that? That would be cards that launched a lawsuit — always tantalizing, eh? I never did hear how that turned out, though I'm sure it's over, and I'd wager that the Master won. They usually do. But to me, it's news. Stay tuned.

And, I got some supplies. Yeah, zzzzzz. But I'll have to post about that one of these nights too. Like those seemingly cool box-cards on the aforementioned '09 O-Pee-Chee, there is always something in this hobby that turns out almost perfect. Good, or just OK, but not perfect. Perfection is so very rare in baseball. So maybe I shouldn't expect Topps to be perfect either. Hmmm.

Blahblahblah, you're up past your bedtime reading this babble and I haven't even rewarded you with any pictures of any cards, though you sure have a hankering after that '69 Stargell up there, and that hatless Harper just might be a bit too ghey. Yep, I typed that. I know, I type too much. I just can't scan anything else tonight, not even the paralyzing Wei-Yin Chen Blue Sparkle. You thought that was up for trade, nope, nunnhhh-uhh, never. His Day-Glo can go however. I had a Wei-Yin Chen hot promo day. I hope he's a good player. Those sparkles could cheer me up as good as elf trinkets do for Hobbits. Or, oh heck I'll just delete all the silly similes I had in mind and get back to Baseball Cards.

I got over my disdain for buying a Baseball Card at the Baseball Cards Store today. I was contentedly reliving some youth with the ever-wonderful cigarette box of the 1982 K•Mart set. Oh what a happy day it will be when I find my boxes of that. Printed in that set are some cards I want. Some more than others. One most of all. I casually mentioned that to the helpful FLCS owner and in a jiffy he parted the stacks of cardboard boxes of cardboard and offered me an Original Copy of a White Whale I've been able to close my eyes and picture in my head for near-on 37 years now, since I first saw it on the first reprint of it, just a year after it was first issued. 1982 stoked the fire some more. Blogs the last few months made those eyes-closed memories of it seem like reality, floating just out of reach. Oh dear.

Oh, sure, I could've probably bought the card elsewhere over the years if I tried, but I never did. I'm sure I'm just 4 mouse clicks away from buying an even better copy right now. Buying a baseball card has just never been my style. I can't explain that. Baseball cards have always seemed like a luxury item, and maybe I should just take my chances on collecting them from packs. Dunno. Plus, Baseball Card stores have always been very far away from where I usually am, unless I am traveling, and then I don't usually have spare change for Baseball Cards. The stores still are - 110 mile round trip today.

Anyhow, there it was. And only ONE DOLLAR. I never dreamed that would be the price tag on it, unless it had been hideously tortured in the ole bicycle spokes. If I could purchase a larger reproduction of this, suitable for framing, I surely would. I just might hang the 2.5" x 3.5" version on my wall some day anyway. I'm not even a particular fan of the player, or the team. I did not know he ever played Third Base. That surprised me. But that's what's great about baseball cards. The details...that I forgot over the years. Like that he was a Michigan State Spartan. I went to that other school in Michigan, and thus I shouldn't ever wanna collect Spartan cards. But that's irrelevant.

Baseball player on the TV. THEY are watching. The lurkerest card ever. 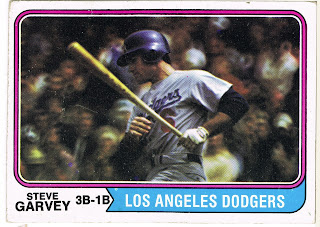 Posted by BaseSetCalling at 1:19 AM
Email ThisBlogThis!Share to TwitterShare to FacebookShare to Pinterest
Labels: Archives, Baseball Card HOF, Baseball on the TV, FLCS, Parallels, Psychedelic