I started to like an insert set this year; this surprised me quite a bit.

I mentioned it when I pulled the first card, featuring Gregory Polanco. There was a certain painterly effect to the image on the card. 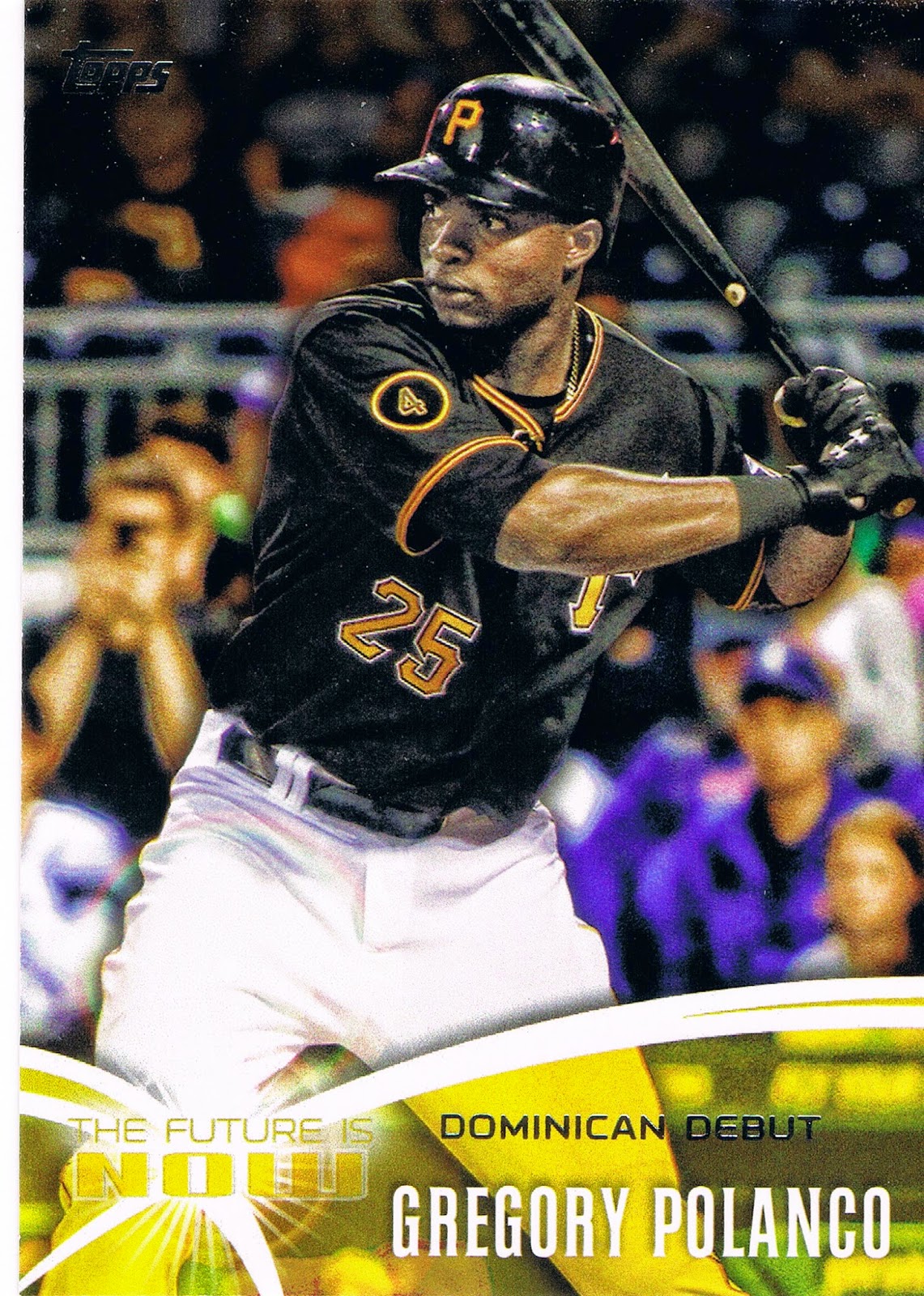 Everything gets all soft and fuzzy, rather than harshly pixelated. Almost like the card is hand-colored.

I also liked the neat things I found on some of the cards, such as the guy in the crowd on that card, taking a cell-phone picture of the photographer.

Or this card, that I will be keeping in a mini-collection: 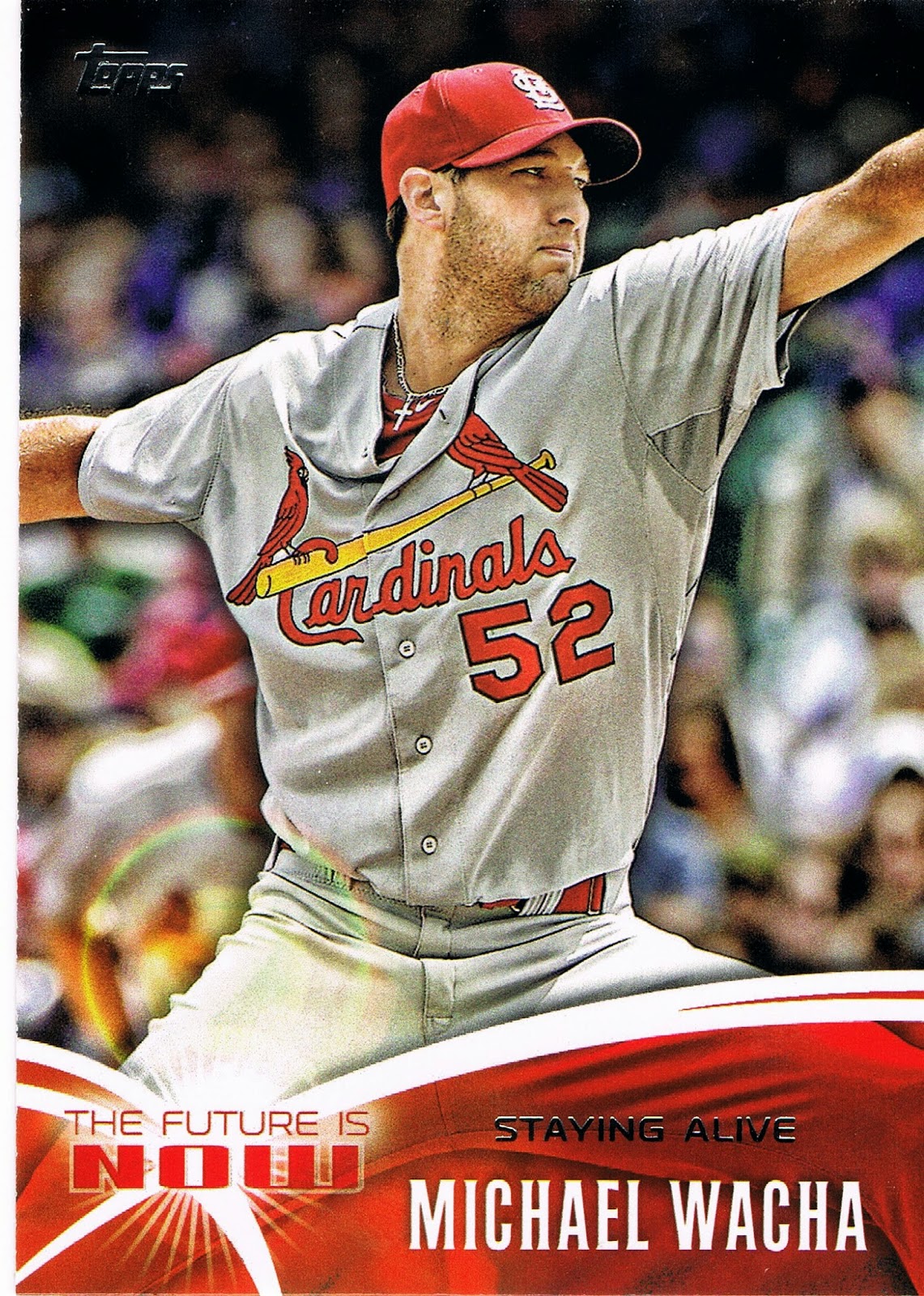 I like cards that reveal that the player wears a Cross. I'm not particularly religious in that I don't go to Church, but I remember and use the things I learned there when I was younger, and I like that Topps now uses images that reveal a player's Faith. I think this is about the 5th such card that I have found.

And in general, I just like the total image result: 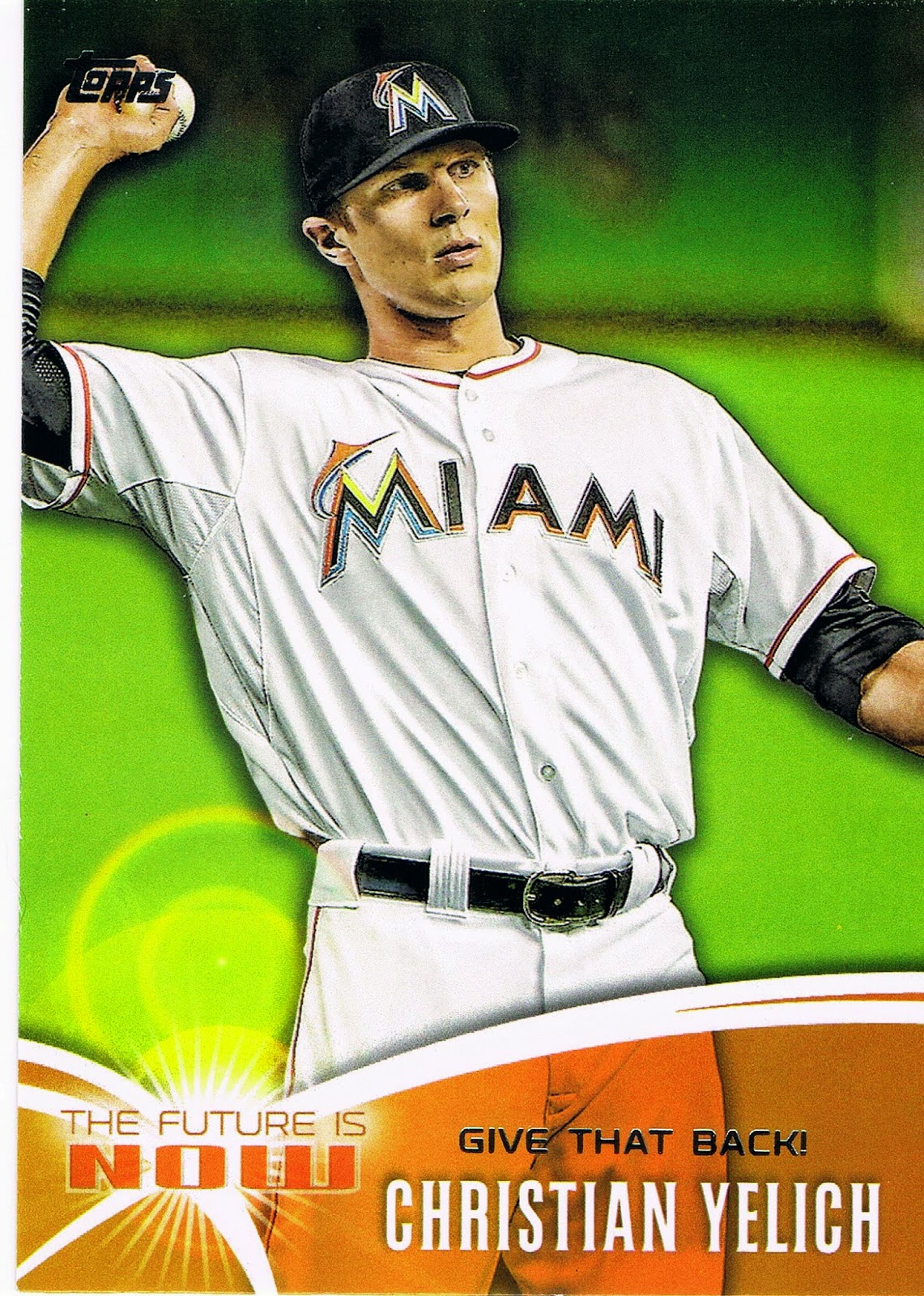 Even when there isn't a blurry crowd painted in behind the player by the digital effect selected at Topps HQ. The player image is still soft, and somehow more likable and humanizing.

There are 30 of these cards I thought, 3 cards for each of ten players, though not in every case. Leave it to Topps to mess up a simple format and cause OCD itch in their customers (something I always like, actually). And it turns out there are in total 90 of them, as these appeared in Series 1, Series 2, and Update. I think I would have liked them more if each player got one card in each Series, as the year went along.

It wasn't until I bought the Hobby Box of Update and had a bunch of these that I started to appreciate them. I didn't rip a lot of regular Topps in 2014.

I even thought, hmm, inserts from S1/S2/Update are pretty easy to come by. Maybe I'll go for a set of these and enjoy a few binder pages of them in the future.

Then I realized I had the "complete set" of one of the players - Gregory Polanco. I noted how the text on the backs of many of these is so rather pointless when I bought my first pack of Update this year. Err, last year. A big highlight in a single-A game. Really?

But I won't be worrying about the filler type card back texts on these, and that's not because I decided to keep them doubled up in the binder pages, a decision I make on a checklist-by-checklist basis.

Looking at the Polanco cards all together, I started thinking... 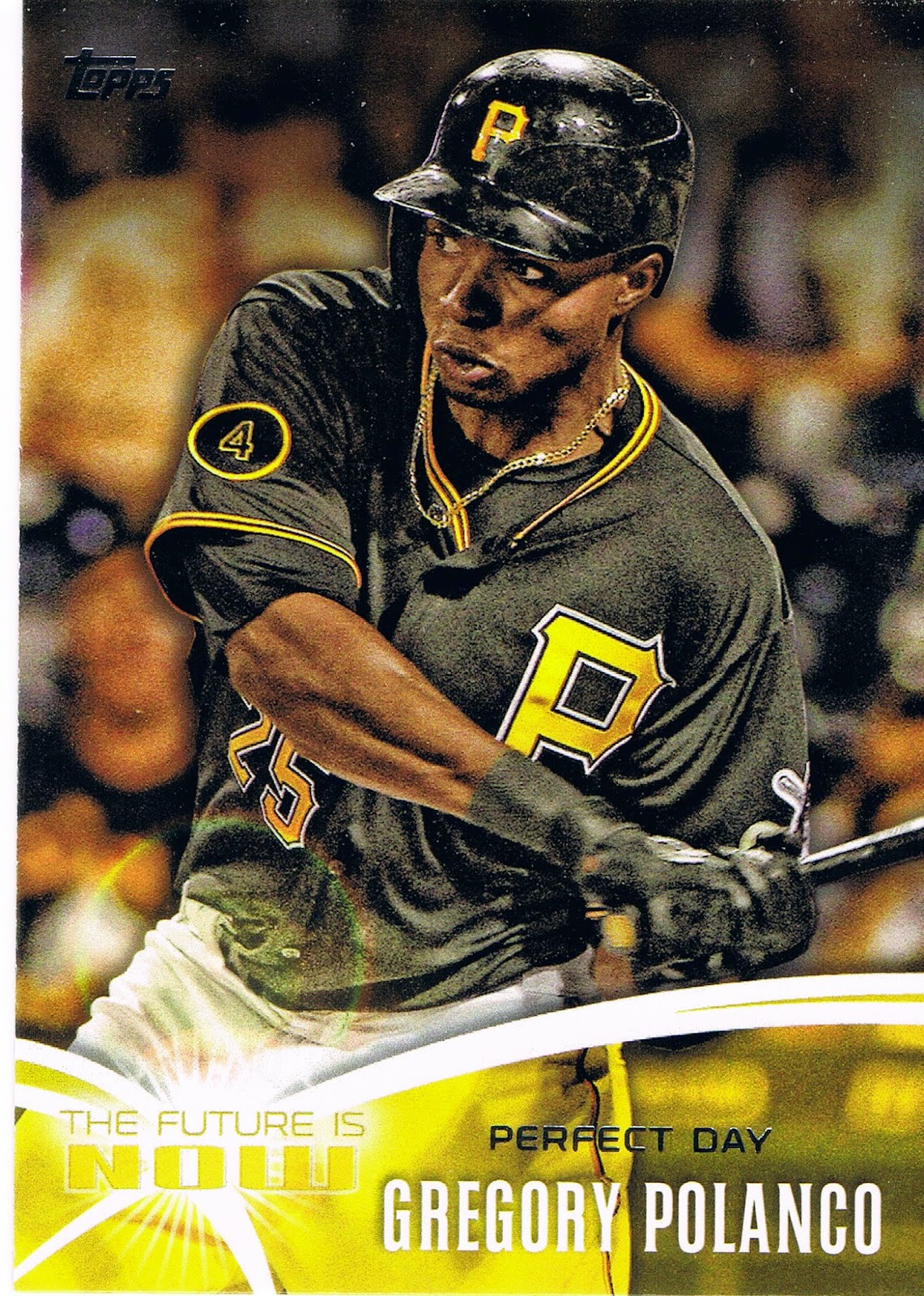 At least the third of these cards was different. 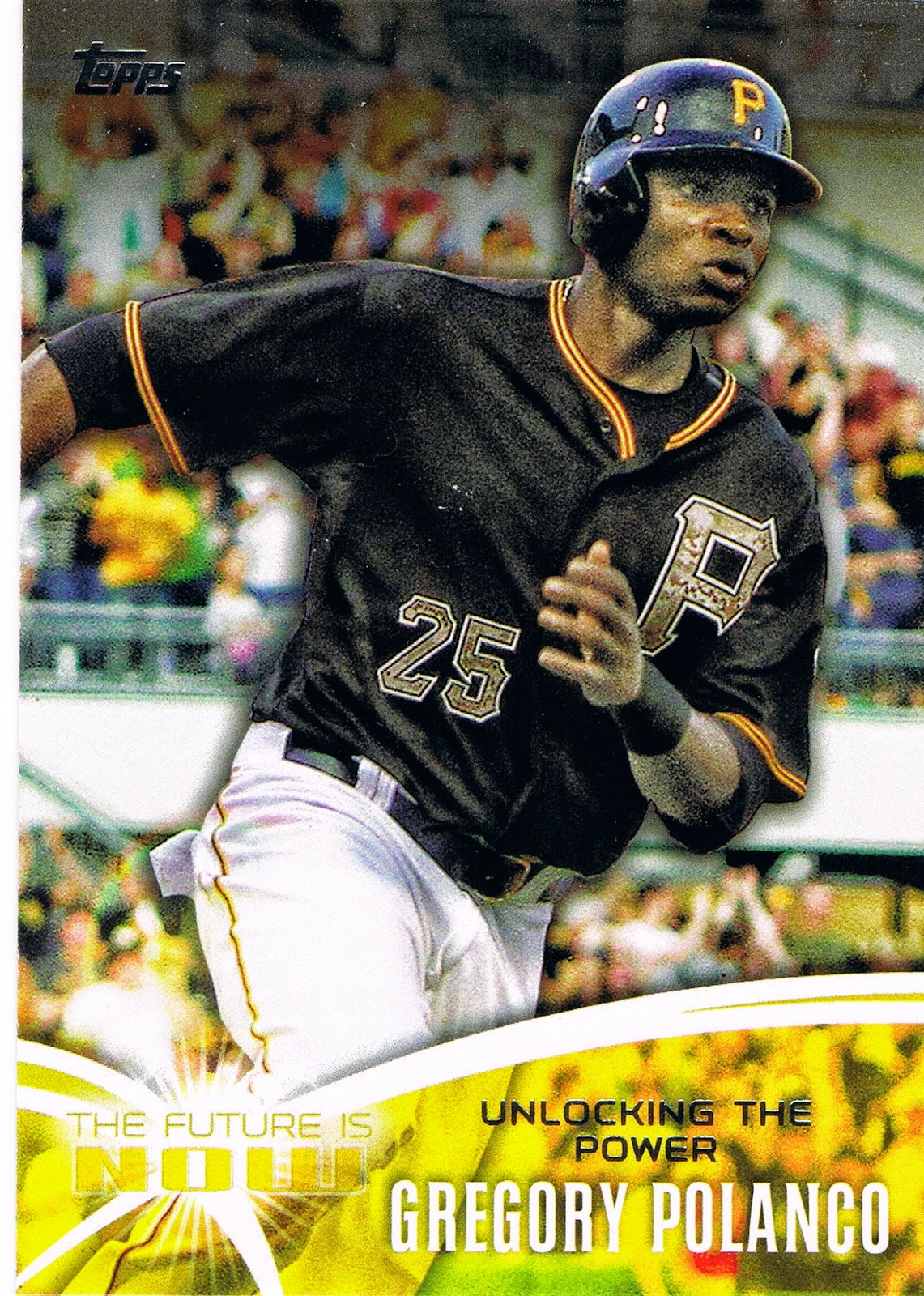 And there's one of those nifty Camo logos Topps seems to ever more love to use on their baseball cards. But I started thinking, I've seen another card just recently with the Pirates black uniform and the Camo-block-P: 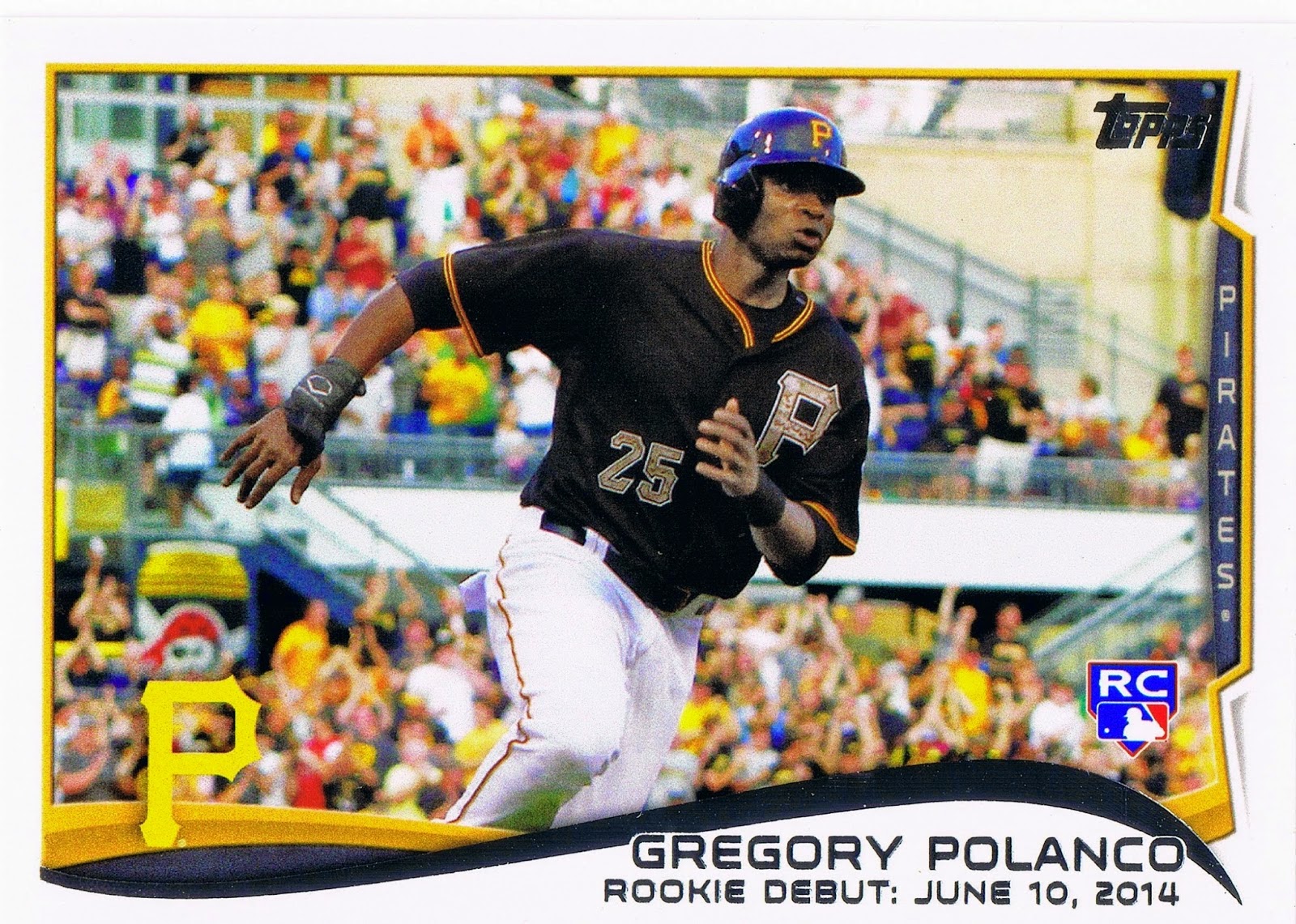 And out the window went the idea of building 90 of these cards. I'm not sure I've noticed Topps repeating images right inside the same Master Checklist of a single product release before.

Whenever I win the lottery of Free Time to sort all my baseball cards, these inserts will be reduced to my favorite 9 on a single page, rather than 90.

I still like the fronts. It could have been a contender.

Posted by BaseSetCalling at 10:58 PM 2 comments:
Email ThisBlogThis!Share to TwitterShare to FacebookShare to Pinterest
Labels: 14 Update 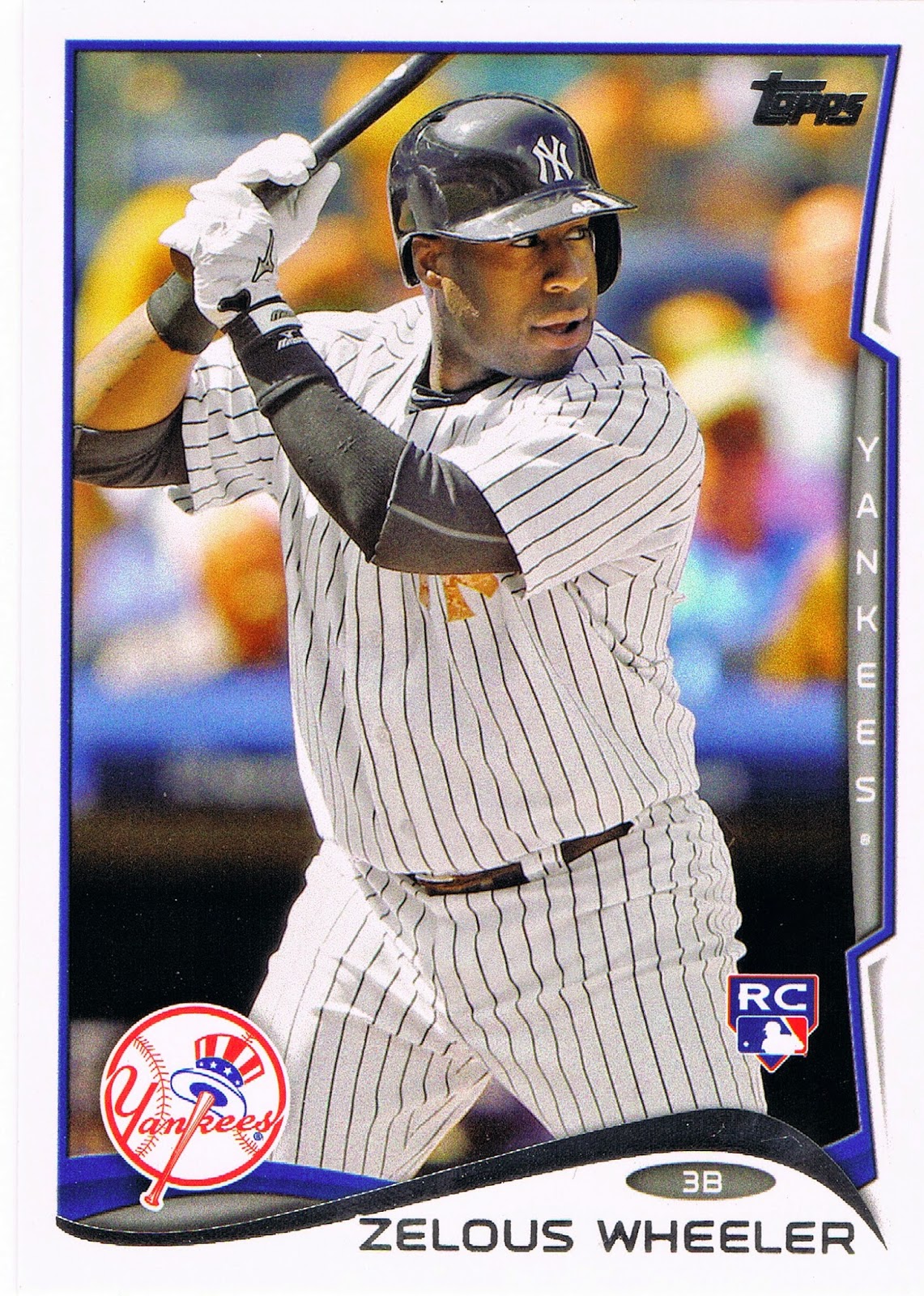 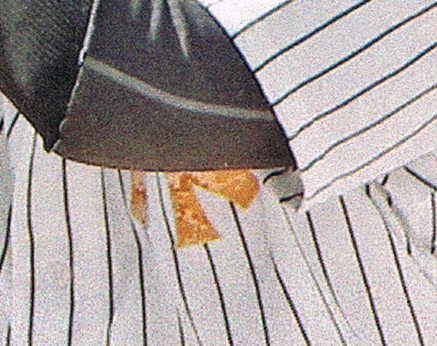 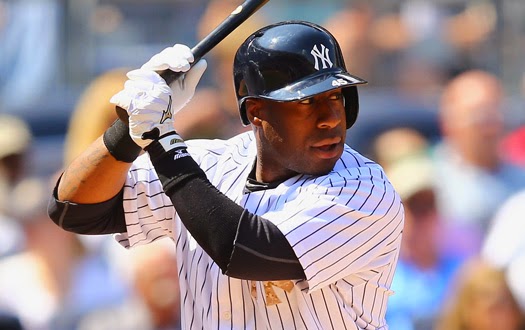 So there goes the theme again - two subjects in one post. Ahh well, that's what happens when you stare at baseball cards too long.
Posted by BaseSetCalling at 2:16 AM 9 comments:
Email ThisBlogThis!Share to TwitterShare to FacebookShare to Pinterest
Labels: 14 Update, One and Done, You Don't See Cards Like These Much Any More
Newer Posts Older Posts Home
Subscribe to: Posts (Atom)