Lo, Winter is Past?

A rite of spring eluded me today. Every baseball season, I like to listen to the beginning of my team's first broadcast...and their final out, and the final post-game, post-season wrap-up. 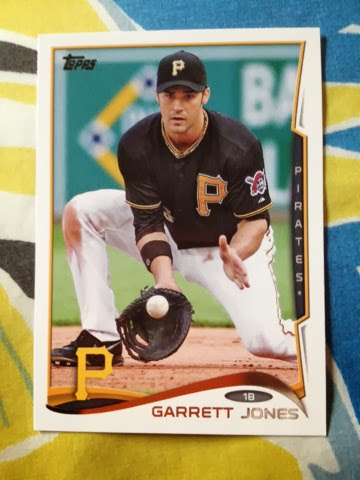 Though I am far from home as I type, I have been able to do this the last few years courtesy of the MLB At Bat app, which has generally been a wonderful thing to have in the palm of my hand. Aside from all the coverage of my team, I certainly wouldn't have been able to listen to a legend of the game like Vin Scully, or the man depicted in the dictionary alongside the word 'smooth' (John Miller), or feel like I'm knocking back a few well mixed drinks after the game back at the bar with gravelly Mike Shannon.

But it seems MLB took a few lessons from Topps and didn't release the new version of the app until the last possible minute. So I can get gimmicks like video pitch track overlays. On my telephone.

All I really want is the incredible buffet of every radio call of every baseball game. Instead I got a long morning of software updates, download throttled free wi-fi connections, a critical cable missing at a critical point, new account log-in registrations, and enough techno frustration to swear off telephone computer radios and go back out in the woods for several more weeks.

All just to have the broadcast finally start working in the 3rd inning.

I missed The Verse.

Of course, in the age of all human intellectual content being just seconds away 60/60/24/7/365, now via voice activation just like on Star Trek, I can read The Verse any time I want.

If I want to read it, all I have to do is go back to the very first post on this blog.

So, yes, this is my one year anniversary of blogging. Happy Anniversary, To Me.

Of course, I didn't hit 365 posts as I would have liked, though I batted .395, hopefully a respectable mark for a Rookie blogging campaign. Just lately I've been staying in another remote location without Internet, though there was here last year. In fact I discovered baseball card blogs from the very seat I am sitting in now. But to celebrate this anniversary I figured I should post via the phone, a bluetooth keyboard, and of course, there's an app for this.

I'll be heading out soon, and I really look forward to catching up on a lot of blogs.

So meanwhile to help assauge my Spring Training Baseball Spring Fever, I stopped by one of my favorite card stores and rip a few packs. Even though I probably didn't need the cards, as you will see soon. I want to pull one of those Topps 75th Anniversary buybacks. I really want to pull one. Really. Mostly to see a piece of actual cardboard in a pack of baseball cards again.

I also had to break my Olympics spell. I even cheated on baseball cards and peeked at another sport's cards. I'm sure you'd understand the pull of this card. 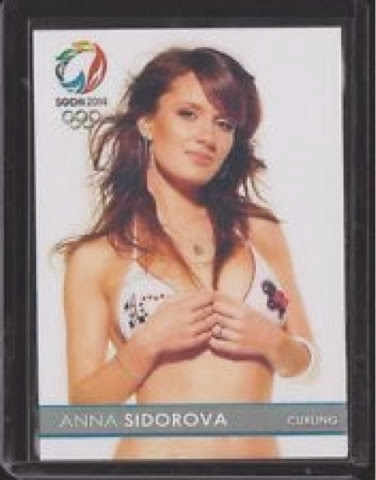 Oh the things that happen when I have access to cable TV and eBay (via app) at the same time.

But I didn't pull that trigger. I'll miss Curling for four years though. Sometimes I wonder, though, how much I need 2.5" x 3.5" slices of cardstock when I can summon an image of anything I want in just seconds.

But I still need them. So I bought some today. Three hobby packs, 30 cards. I got 2 inserts, a Red Hot Foil parallel (my only Tiger, the basically nice Don Kelly), and 21 baseball player torsos.

I'm glad I didn't try to play Five Card Challenge with a 5 card pack from the Dollar Tree store today. That would have been very, very challenging. I like the Don Kelly card, it's so basically happy, and I love the action shot of Garrett Jones, though as usual I have to wonder about Topps' decisions on who to put in Series 1, at such an unsettled position as First Base in Pittsburgh this year.

Ahh well. I'll eventually read all the backs of these cards, and I did learn that G. Jones hit one into the Allegheny River last year, thanks Topps. But otherwise, a short pile of boring baseball cards. I figured out why Series One bores me this year....I'll have a post on that soon.

Of course, that random itch to rip a few packs of cards was only part of the reason I stopped off at the baseball card store today. I also wanted to be 101% certain I had my name on something new, coming soon...a Hobby Box of Heritage...
Posted by BaseSetCalling at 11:18 PM
Email ThisBlogThis!Share to TwitterShare to FacebookShare to Pinterest
Labels: 14 Series 1, Baseball on the Radio, Dan and Jim, MLB At Bat App, Spring Training