I struck out on scoring some early Heritage cards tonight. I had my hopes…but it will probably take a few days to find some. I haven't even been able to get any purple cards from Series One yet either. I want just a few to make a single binder page of the color possibilities this year.

Anyhow, I am looking forward to 2014 Heritage. I have never owned a single 1965 Topps card. Living in rural areas, I never had much access to baseball card shows and shops. So cards older than the packs I could rip (i.e. older than 1975) generally had to come from - Older Brothers. And I never traded with anyone that had a card that old.

I'll take a look at the cards here soon. I hope. Work seems like a 24/7 experience of late.

I do know that I will build '14 Heritage in the traditional way - by ripping packs and hopefully trading some. Even though I now know all too well how much this costs, I want to do a Heritage set that way for a non-economical reason. And it's not the gambler's itch of buying lottery tickets, hoping to hit some "hit" card I can flip.

No, I am very much looking forward to the new Heritage cards because they are just simply pleasing to put in stacks….to paw through that stack…..to arrange in various ways. This is because they are made of actual CARDBOARD. Hooray!

I have been putting Series One in binder pages. It is a chore. I hope to find some neat cards to share with you, but haven't yet.

For Heritage, I won't be using binder pages at all. Because this is just simply a pleasing sight: 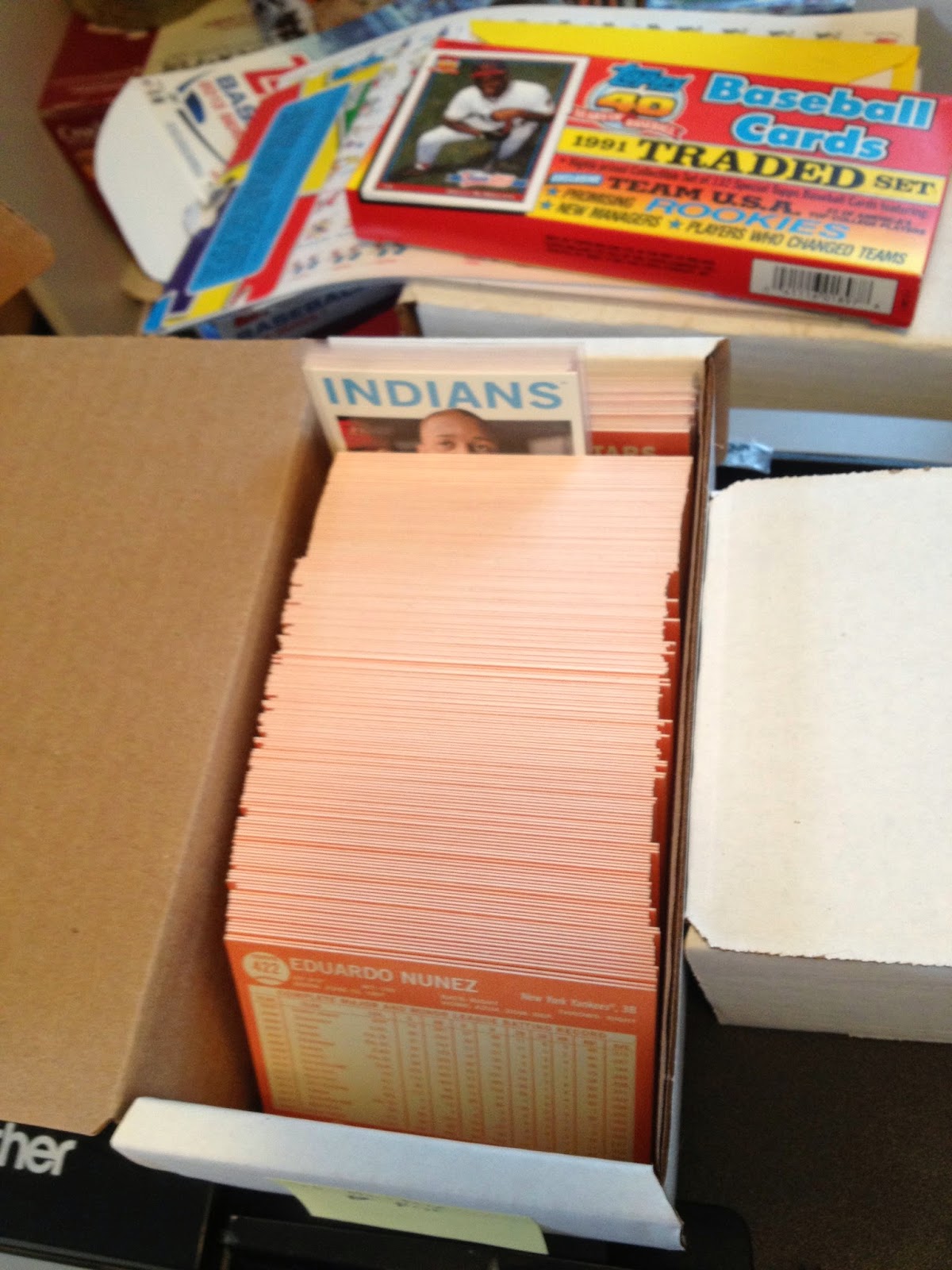 Posted by BaseSetCalling at 12:30 AM
Email ThisBlogThis!Share to TwitterShare to FacebookShare to Pinterest
Labels: 14 Heritage