…and we're back. So nice to have a full slate of games to listen to once again. I've been cleaning up my mess of baseball cards and trying to refrain from babbling about them, so I can figure out which ones I can babble about.

Mostly that has been slogging through putting Series One in a binder, though I have too many other projects going on simultaneously. I hadn't planned to post for a few more days yet, but I just found these: 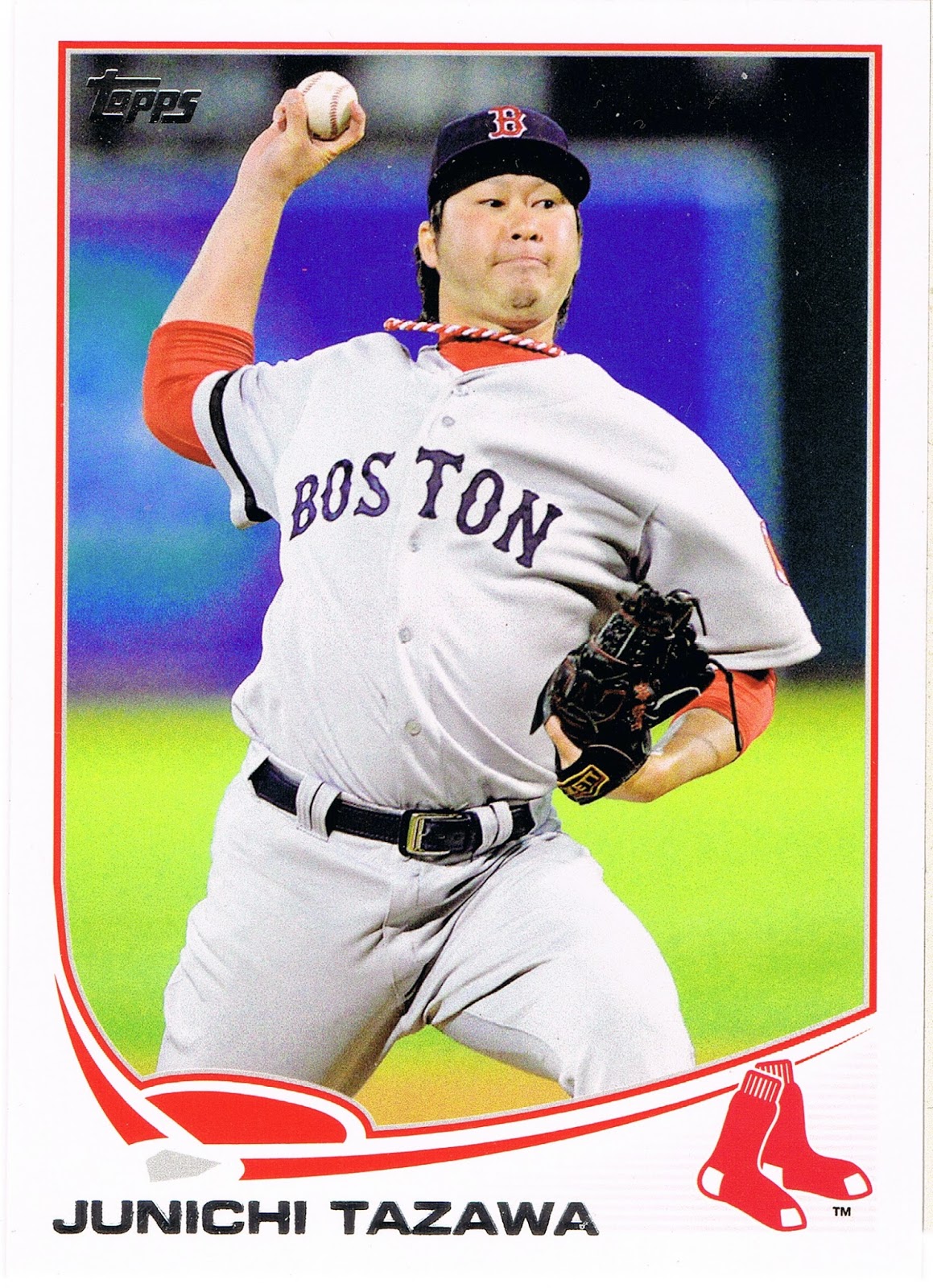 I like the '13 Update card quite a bit, it seems to be a night game in a dome perhaps. I like cards with the outfield grass all lit up like that. And I like the live action necklace on both cards. The '14 edition is an example of how as the zoom/crop moves in, the viewer is left with little but facial expression to remember the card by.

Which means Topps couldn't be bothered to pick up a 2013 picture of Tazawa for the 2014 set. Not all that surprising, even though Tazawa was one of the best set-up men in the game last year, though still basically lame on the part of Topps. But really the only reason an 8th inning specialist is in Series One was the Red Sox' World Series run, during which Tazawa was outstanding.

Update: I received a FAIL when I turned in my homework assignment on this post. I did not check this key resource:

The Red Sox _did_ wear a black armband on the road all of last season as a memorial to the victims of the Boston Marathon bombing, and the 2014 Tazawa card is probably a 2013 photo.

Be careful how you word your Google searches, I guess...

But even though I could post near identical baseball card pictures of baseball picture cards from lots of players this year (and might, just to see), the front of these two cards did not generate this post. The backs did: 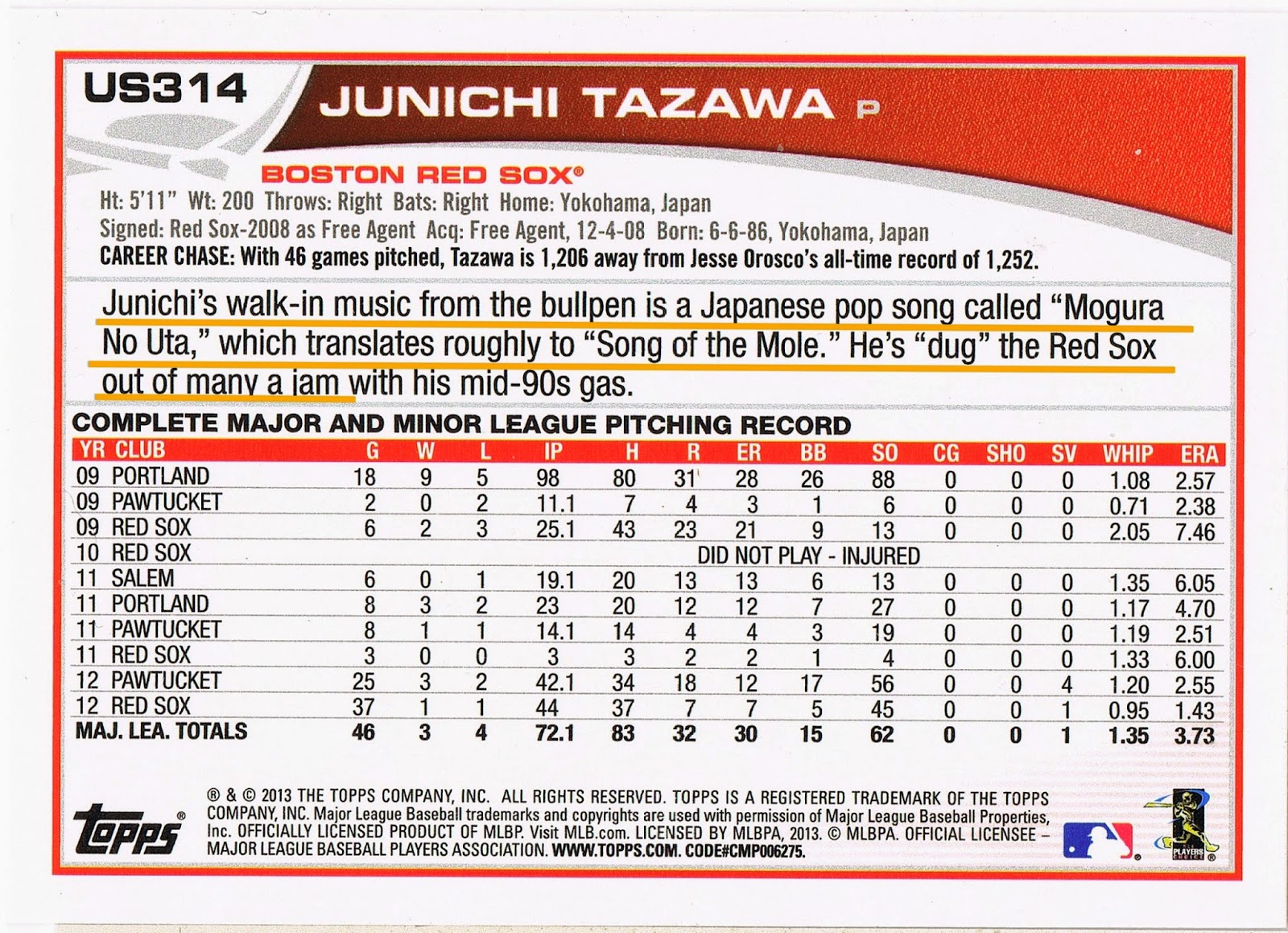 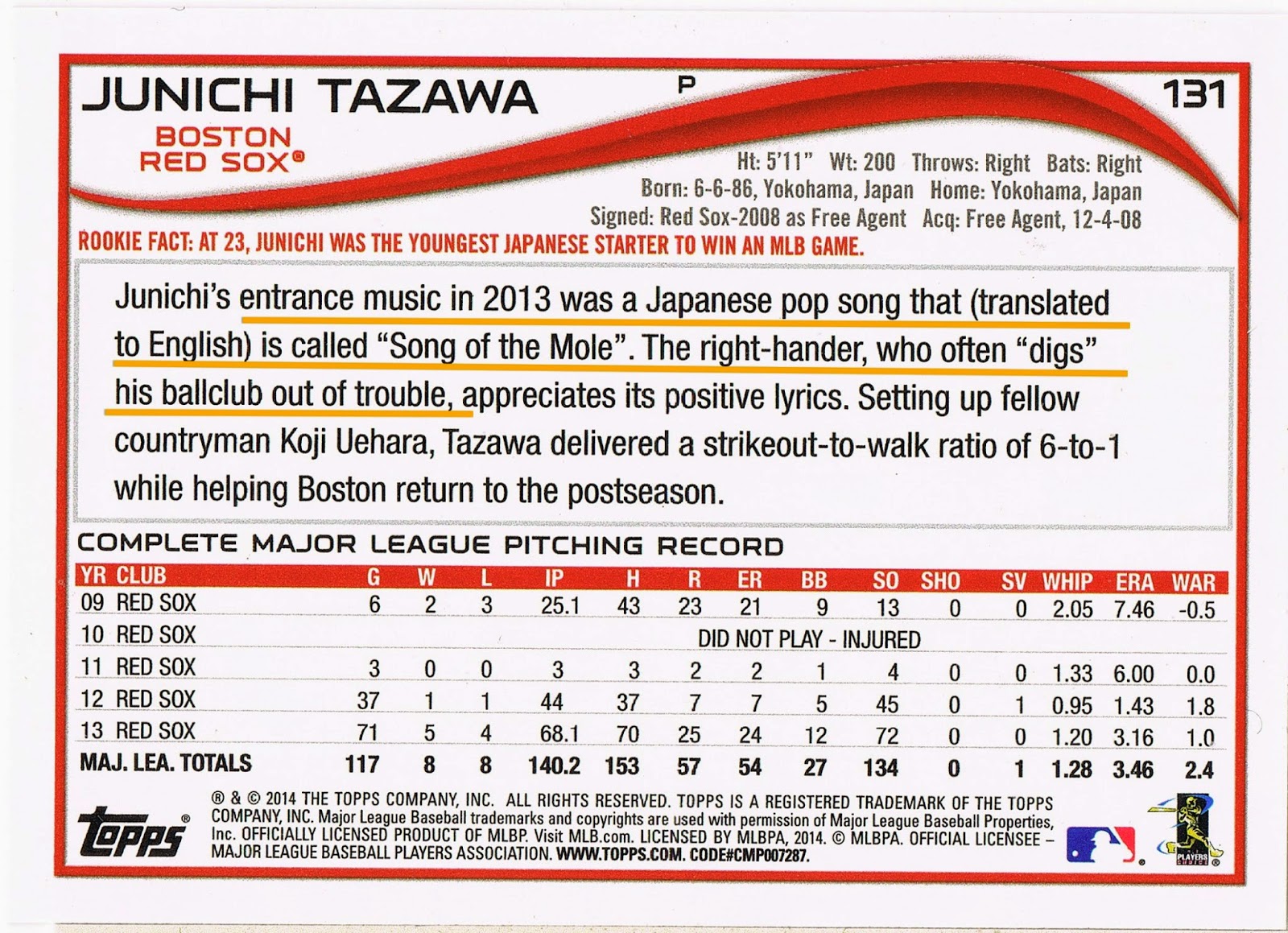 I know writing the card backs is a chore. Reading the "Rookie Fact" on each file folder this year is one helluva chore. I have found a couple 'neat' ones so far, but nothing all that entertaining nor illuminating at all. Fairly pointless overall, and that is the hardest kind of work there is.
Posted by BaseSetCalling at 1:14 AM
Email ThisBlogThis!Share to TwitterShare to FacebookShare to Pinterest
Labels: 13 Update, 14 Series 1, Patch Card, Yeah I Read The Backs